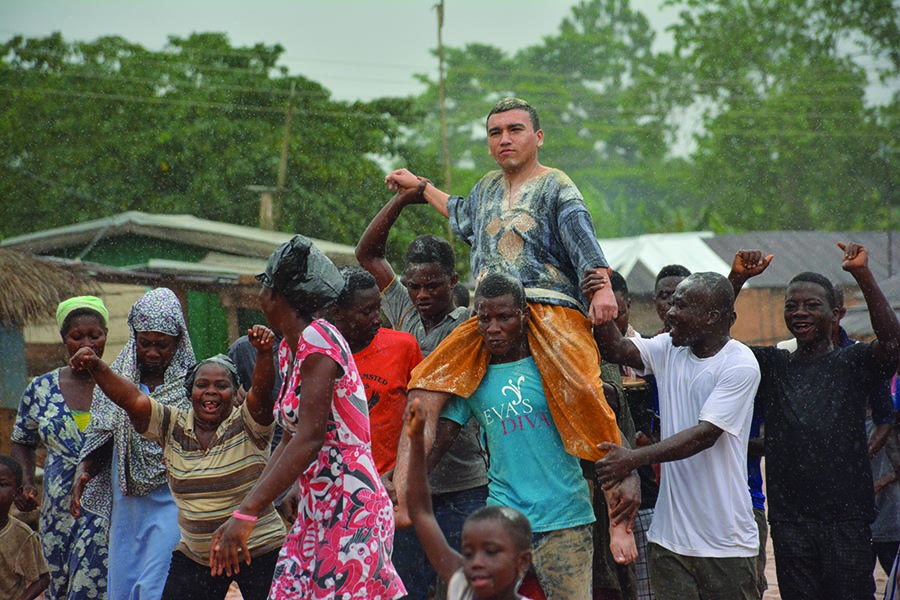 John Romo is carried through the streets of Adarkwa, Ghana, during his Chief ceremony. Photo Courtesy of AgriCorps.

In 2012, OSU agricultural economics alumnus Trent McKnight created AgriCorps because of his interest in international agricultural education, which began when he visited Japan as the 2000-01 National FFA Association President.

McKnight said his interest continued to grow as he attended The London School of Economics for graduate school and worked in Iraq and Liberia.

“While in Liberia, I worked with 4-H Liberia,” McKnight said. “The organization was similar to 4-H in America but was in need of a significant amount of support to have a better program.”

This led McKnight to start AgriCorps, a program that connects American volunteers to the demand for experiential, school-based agricultural education in developing countries, he said.

Members of AgriCorps must have a college degree in agriculture, have 4-H or FFA experience, and have a background in production agriculture, McKnight said. AgriCorps members have three roles: agricultural education teacher, 4-H club leader and agricultural extension agent to both the youth and adult farming populations of their villages, he said.

AgriCorps had two pilot programs in 2012 and 2013 working with 4-H Liberia and each program lasted for one month, McKnight said. In July 2014, members of the first full AgriCorps were trained and ready to go to Liberia. Then, the Ebola virus struck Liberia and members had to be placed in a new location, he said.

McKnight said AgriCorps connected with 4-H Ghana quickly and sent members to the West African nation to serve for 11 months. 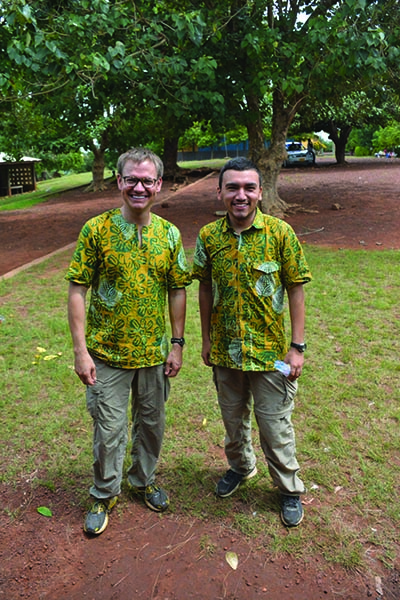 Trent McKnight and John Romo take a moment to show off their matching shirts. Photo Courtesy of AgriCorps.

AgriCorps sent a second set of members in August 2015. One of the members is OSU agricultural communications alumna Hannah McCollom.

McCollom said her interest in working with youth in developing countries began after a study-abroad trip to Brazil.

“I remember meeting the kids there who virtually had nothing,” McCollom said. “They lived such simple lives, and they did not want anything. I kept thinking how much they could benefit from a leadership organization such as 4-H or FFA.”

A couple of months after returning to the United States, McCollom heard about AgriCorps, but she said she did not really think about participating at first. McCollom said she started to consider joining AgriCorps closer to her graduation after she saw an opening and decided to join because of the support of friends, family and professors.

McCollom said her favorite part of being in Ghana and serving as an AgriCorps member has been the people.

“The people here are extremely nice and welcoming,” McCollom said. “You will never get lost in Ghana. All you have to do is ask, and someone will be willing to help you.”

However, moving to a developing country has not been without its difficulties, McCollom said, as the language barrier with her students and people living in her village has been a challenge. They speak a local language called Twi, which she said she is slowly learning. She also said washing her clothes by hand, taking bucket showers, and seeing free-range animals has been an adjustment.

“Not many people would go off to work for an organization in a developing country,” McCollom said. “However, AgriCorps is a great organization that provides the support and tools necessary to be successful.” 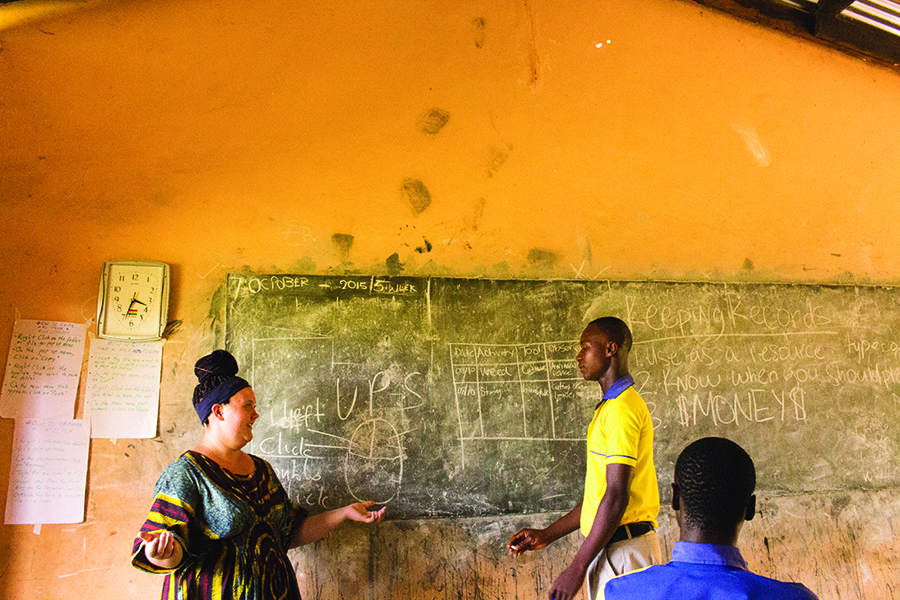 In addition to McCollom, John Romo, a student in the OSU Master of International Agriculture program, served as an AgriCorps member in 2014.

“My favorite part of serving in Ghana was building relationships,” Romo said. “Spending time with my students led me to great stories.”

Romo said while living in Adarkwa, Ghana, he taught 50 junior high students and advised their 4-H club. They also started a nursery for cocoa and palm trees and had a garden bed for carrots.

Romo left such an impact on the village of Adarkwa he was given the title of a Nkosuohene, which is a type of sub-chief in Akan chieftaincy, McKnight said.

Romo said the elders in the community approached him about halfway through his service and wanted to meet with him. The elders told Romo they had never had someone from another country live and work alongside them as he did. They knew he could not stay in Ghana forever, but they wanted him to still be a part of their lives, Romo said.

“The elders met with me a week prior to the sub-chief ceremony and told me about everything that would take place during the ceremony to make sure I was OK with it,” Romo said. “I told them ‘yes’ because it was part of their traditions and I respected their culture.”

Romo said he spent the rest of the week mentally preparing for the sub-chief ceremony, which included powder and clay being poured all over his body, being carried throughout the town on the shoulders of the youth, and having a goat slaughtered at his feet with the blood from the goat then spread on his feet.

“Receiving this title was not something I expected, and it was not a goal of mine,” Romo said. “I was shocked, very emotional, and honored.”

Romo said even though he no longer lives in Ghana, he still helps the village of Adarkwa promote its economic development. Back in the United States, he said he stays in contact with his students, chiefs and farmers and speaks to someone in Adarkwa about two to three times a week. He said he hopes to visit Adarkwa every couple of years.

As long as appropriate funding sources can be found, McKnight hopes to expand AgriCorps into more countries in the future, he said. AgriCorps is always looking for qualified individuals to contribute to the AgriCorps mission, he said.

The impacts of AgriCorps mostly will be long term, McKnight said. However, he said the short-term impacts have been powerful and interesting, mentioning Romo being named a sub-chief.

McKnight said he hopes one of the long-term impacts of AgriCorps will be the transfer of agricultural technology and methodology to adult farming populations in developing countries.

“Through passion and agricultural education, countries can be transformed,” McKnight said.