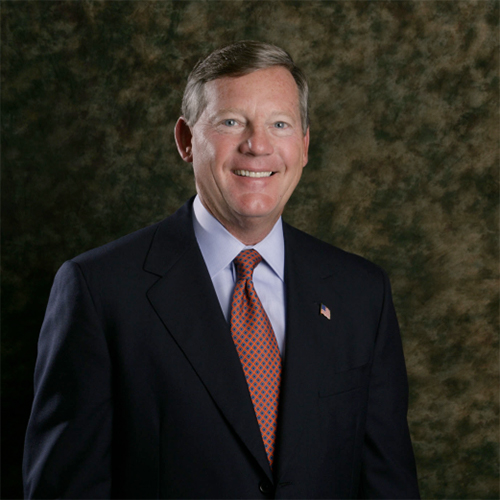 Eitel describes his days at OSU as “the best four years of my life.” He was involved in various organizations and held multiple leadership positions. He was a member of the Sigma Nu fraternity, president of Blue Key, president of Intercollegiate Knights, and a member of UP Business Student Council. He was recognized as a Top Ten Senior and received the Raymond D. Thomas Award.

Attending the business school was a great experience for Eitel. Dean Richard Poole and professor Bob Hamm were his greatest mentors and made an everlasting impression on him. Little did he know that this time was the foundation for a successful career.

Eitel is an accomplished company leader, author and speaker with a diverse and highly developed skill set in driving corporate financial growth and corporate culture development. In 2009, he co-founded Eitel & Armstrong, a consulting practice that provides hands on operating and financial guidance to middle market companies.

Eitel’s background includes roles as Chairman and CEO of Simmons Bedding Company from January 2000 until October 2008, and Vice Chairman through December 2009. Prior to his role at Simmons, he served as President and COO of Interface, Inc., CEO of Collins & Aikman Floor Covering, President and Chief Operating Officer of Carriage Industries, and President of Coronet Carpets (RCA).

He currently serves on the boards of Mattress Firm Inc., Duke Realty Corporation, and American Fidelity Assurance Corporation. He is also former Chairman of the International Sleep Products Association (ISPA).

Eitel published two books chronicling his management experience in facilitating corporate turnarounds and building powerful company cultures: Eitel Time: Turnaround Secrets and Mapping Your Legacy: A Hook It Up Journey. Also in print is 84 Quotes, which is a book of value quotes by Eitel that guide and inspire.

Eitel is active in several civic and professional organizations, including the World Presidents’ Organization and “Points of Life.” He’s recognized by multiple organizations and has been honored with the City of Hope Spirit of Life Award in 2004 and the 2008 Ernst & Young Entrepreneur of the Year Award for Alabama, Georgia and Tennessee in the Consumer Products Category. He’s also a former board member of Ladd Furniture and the George West Mental Health Center (Skyland Trail).

Eitel and his wife of 43 years, Cindy, currently reside in Naples, Florida.

He is very honored to be among those recognized in the “Spears School Tributes: 100 for 100” and plans to attend most of the centennial celebrations throughout the year.