After spending 44 years in the public accounting world, James R. Taylor looks back on his life with the utmost satisfaction. He didn’t always know what he wanted to do with his life or where it was headed but he had the drive to keep pursuing a career he could be proud of. 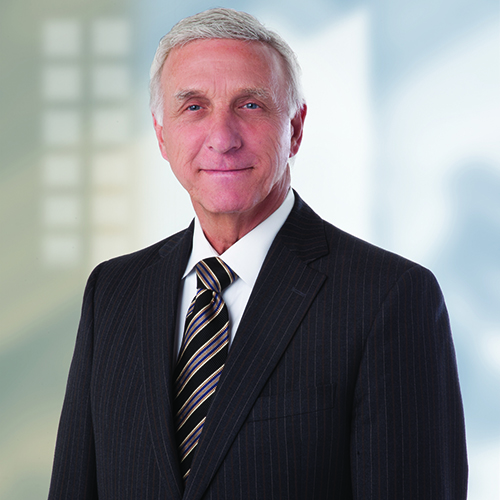 Taylor grew up in Okmulgee, Oklahoma, and made his way to Oklahoma State University to begin his collegiate years. During his time at OSU, Taylor became an avid sports fan attending football and basketball games and wrestling matches. Taylor was also a member of Lambda Chi Alpha, holding several officer positions within the fraternity and eventually serving as chapter president.

Growing up in the Sputnik generation, Taylor thought becoming an engineer was the way to go. It only took a few semesters before Taylor found his true calling in accounting and quickly changed to the School of Business where he excelled. Taylor became a member of the Beta Alpha Psi accounting chapter and was on the Dean’s Honor Roll for most of his semesters in college.

Taylor graduated with his bachelor’s degree in accounting and became a Certified Public Accountant. He immediately went to work for a “Big 8” accounting firm and stayed there for 20 years. Eventually, Taylor and a partner branched out and began their own accounting firm known today as HoganTaylor LLP.

“When we first started, clients weren’t as easy to get as we thought they might be,” said Taylor. “At the end of the month, it wasn’t about how much we could pay ourselves but rather if we were going to be paid at all. It was a humble beginning.”

After 24 years of business, HoganTaylor is the largest CPA firm in its market area. The firm has three offices, the largest being in Tulsa, with others in Oklahoma City and Fayetteville, Arkansas.

Hogan Taylor has a long-standing tradition of hiring OSU accounting graduates. As a business, the company has developed a great relationship with the School of Accounting and the Spears School of Business. “As you can tell, orange is my favorite color. I am very proud of my OSU heritage, and I am proud to be an alumnus,” said Taylor.

In 2009, Taylor was inducted into the Wilton T. Anderson Accounting Hall of Fame alongside OSU President Burns Hargis. During his last two years as a HoganTaylor partner in 2012 and 2013, he was asked to serve as an adviser to the Financial Accounting Standards Board as a member of the financial accounting standards advisory council in Norwalk, Connecticut. The FASB develops the rules for financial accounting and reporting for the entire United States.

Taylor has spent 44 years in business and has been a practicing CPA for all of them. He says the OSU business school trained him well for his professional career.

“I have been lucky and made a few good decisions along the way,” said Taylor. “My advice is to continually surround yourself with good people. They’ll raise you up and you can raise them up. That’s my recipe for success.”

Taylor locally volunteers with the Tulsa Housing Authority and is a member of the advisory board for the University of Tulsa Conference of Accountants. He and his wife, Johnna, are also active at Asbury Methodist Church in Tulsa.

As for being recognized as one of the “Spears School Tributes: 100 For 100,” Taylor said he couldn’t be prouder of the recognition.

“This recognition is an extreme honor to me,” said Taylor. ”It is like a storybook ending to my 44 years in business. I couldn’t think of a better way to end my professional career. I consider being one of only 100 graduates selected for this tribute the highest honor I have ever received in my entire career.”