Jenelle S. Schatz attributes much of her success to her Oklahoma State University education. The Tonkawa, Oklahoma, native earned her bachelor’s degree in accounting from OSU’s business school in 1975. 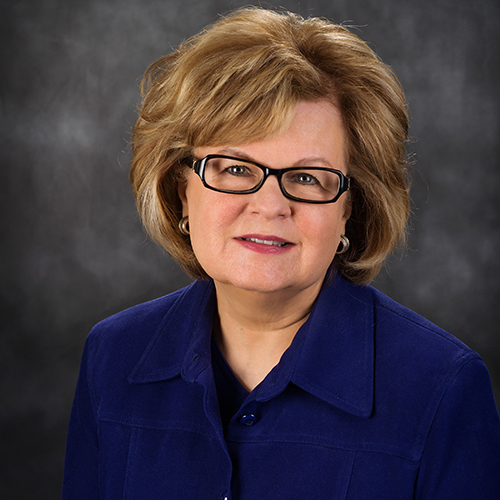 While at OSU, Schatz was a member of Beta Alpha Psi. She made the President’s Honor Roll every semester, a major accomplishment considering she had various other responsibilities. She considers herself a non-traditional student due to the fact that she was married and had three children. As a result, she was active as a Girl Scout leader, homeroom mother and in church functions.

OSU’s business school had a huge impact on Schatz and influenced her life in various ways.

“It shaped my life,” Schatz said. “The education and counseling I received at the School of Business was a key factor in allowing me, a shy small-town girl, to become a professional woman with accomplishments beyond anything I could imagine. Also, the financial independence I was able to achieve is directly linked to my OSU education.”

In 1976, a year after she graduated, she joined the then “Big 8” international accounting firm of Haskins & Sells, which is now a part of Deloitte & Touche, as a tax specialist. She progressed through the organization to become a partner in 1985.

She subsequently held numerous positions in the Tulsa office, including Partner in Charge of the Tulsa Practice, Recruiting Director, and Partner in Charge of the Tulsa Tax Practice. She was also an instructor of National Training for Deloitte and served on several national committees for the firm, including the Oil & Gas Committee and the Committee for the Advancement and Retention of Women.

Schatz resides in Tulsa, and she was married to Wayne A. “Tony” Schatz, who was also an OSU alum, until his death in 2012. She has three children: Jill Schatz Sayre, Janna Schatz Moss and Wayne Andrew “Andy” Schatz. She also has 9 grandchildren, ages 9 to 16.

Schatz is delighted to be recognized in the “Spears School Tributes: 100 for 100” and plans to attend most of the centennial events throughout the year.

“I am extremely humbled by this honor and know that I am in the company of many immensely talented people who have contributed much to the Business School,” Schatz said. “It is just a thrill to be included in this group and to be a part of the exciting 100th Anniversary celebration.”