Ph.D. in Marketing with minors in Management and Economics (1982)

Jim Hromas has dedicated many years to support and promote Oklahoma State University in every way possible. The Spears School of Business, the Business Extension (now known as the Center for Executive and Professional Development), and OSU’s School of International Studies have benefited from his efforts. 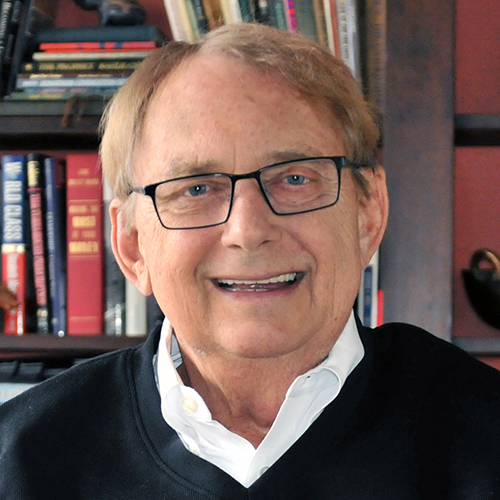 His motivation to earn his degree derived from his family. He knew the family business of farming was not going to be an option for him, so he came to OSU … and never left. Hromas had to work to pay for his college education and make his own way, and he earned three degrees from OSU’s business school, beginning with a bachelor’s degree in accounting in 1967. He would later add an MBA in 1970 and a Ph.D. in marketing (with minors in management and economics) in 1982.

Hromas later accepted a fellowship at NASA nearly 10 days after the first space landing on the moon. He describes it as a “real thrill” to have won that scholarship, and he worked there during numerous other space missions.

Hromas was an associate professor of marketing in the OSU business school and former director of International Education and Outreach. He completed 40 years of service to OSU and his role in SIS.

Hromas first became involved in outreach as a graduate assistant and later became director of Business Extension at OSU from 1970 to 1991. Under his leadership, the school began the widely popular Tulsa Business Forums (in 1987) and Executive Management Briefings (1989).

Speakers such as President of the United States George H.W. Bush; former President of the Soviet Union, Mikhail Gorbachev; former Prime Minister of Great Britain, Lady Margaret Thatcher; former Chairman and CEO of General Electric, Jack Welch; and syndicated columnist George Will are among those who were featured speakers.

“We built the program from basically nothing to what it is today through determination and a lot of hard work,” said Hromas, who officially retired from OSU in 2010.

Hromas was the driving force within OSU outreach and a catalyst for change bringing OSU to regional, national and international recognition through his outreach efforts. OSU International Education and Outreach received the “Best Practices” award for his leadership. Hromas has received a number of awards for his services and various accomplishments.

He attributes a lot of his success to OSU and the opportunities it provided for him.

“[OSU] means a great deal, obviously,” Hromas said. “I’ll always be proud of it. I think it was the thing that transformed me personally into a different person than I was going to be.”