Though Steve Tatum’s career has taken him to nearly every part of the world and exposed him to numerous cultures, he still proclaims that there aren’t many places he would rather be than Stillwater. 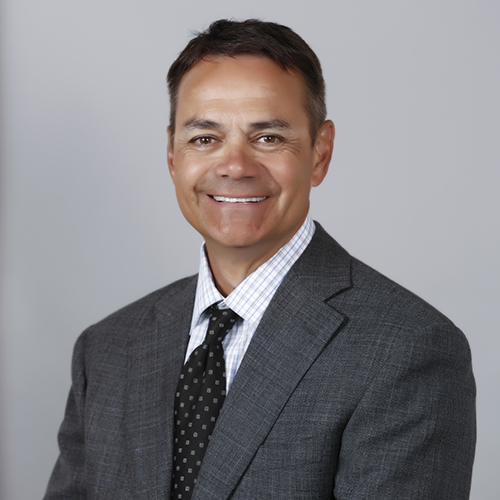 Tatum serves as president of Koch Minerals LLC and senior vice president of Koch Industries — Minerals and Trading. In this role, he has responsibility for businesses that are active globally in trading and transport of a wide variety of commodities, along with energy exploration and production.

Tatum began his career with Koch Industries (one of the largest privately held companies in the world) after he earned his degree in marketing from the Oklahoma State University’s business school. After working for Koch Industries in a number of marketing positions, Tatum was ultimately promoted to vice president of refiner services for the Koch Carbon division. He transferred to Koch’s natural gas liquids business and was named president in 2002. He subsequently was named president of Koch Minerals and recently added the responsibility of Koch’s Supply and Trading business.

While in high school in Kansas City, Missouri, Tatum chose to attend OSU after visiting his brother who was already a student at OSU. Though Tatum’s parents funded the majority of his college, he worked at almost every bar on the Strip and washed dishes at restaurants and a couple of sororities to help with expenses.

“That was the extent of my skill set,” he said.

Tatum participated in various business school organizations, but says his fraternity, Delta Tau Delta, was central to his college experience. He served as vice president, social chairman, rush chairman, and intramurals chairman while making life-long friendships with his fraternity brothers.

“The OSU business school experience helped me gain the necessary understanding of the overall business process and how vitally important it is for each segment to be integrated with the others (marketing, management, accounting, operations, information systems and business law),” said Tatum. “Those lessons are still with me today.”

“The late Jim Jackman warrants special acknowledgment for his impact as a Business Law professor. The most influential professor at OSU for me was Dr. Lee Manzer. Dr. Manzer’s class inspired me to pursue a marketing degree and it’s a thrill to see that he is still going strong.”

Tatum remains connected to many current Spears School faculty and staff. “I am amazed at all of the ways each of them contributes to learning above and beyond their in-classroom responsibilities. From community outreach and education, to research, fundraising, and other student or alumni projects, I really don’t know where they find the time.”

Tatum is an enthusiastic recruiter for OSU. He notes proudly that several of his friends, co-workers and neighbors’ children that were legacies of other schools attended OSU.

“OSU is the closest Big 12 campus to Wichita. OSU really has it going on. The kids and parents see that when they visit the campus.”

Tatum lives in Wichita, Kansas, but lately he enjoys spending more time in the Arizona desert. Tatum’s two children also graduated from OSU. He is proud that his children have grown into outstanding young adults, and he gives their mother, Connie Burnett (another honoree in the Spears School Tributes: 100 for 100), all the credit for this.

Tatum makes his way back to Stillwater frequently. He serves on the OSU Board of Governors and is member of the OSU Foundation Budget Committee. He has spoken to several OSU groups and classes over the years, and says he is humbled by being included in the School of Business Tributes: 100 for 100.

“I look forward to contributing to OSU in any way possible for the rest of my life.”