On a fateful Saturday morning, 9-year-old Lincoln Tapp was watching Tom Miranda’s World Class Bow Hunting on television when he stumbled across a goal, which would eventually become his own, the North American Super Slam.

After watching Miranda’s journey to become the first hunter to complete the Super Slam while only utilizing archery equipment, Tapp quickly became infatuated with the skill and animals included in the hunt.

The North American Super Slam is a documented harvest of the 29 big game animals in North America, including both predator and prey and can be done with any legal weapon including rifle, muzzleloader and bow. An elite group of 174 hunters from around the world have successfully accomplished this feat. Of those, 35 raised the bar and mastered it with only archery equipment, which is exactly what Tapp eventually set out to do.

It wouldn’t be until almost a year later when sitting around the kitchen table that Tapp would mention the Super Slam to his dad, simply because he thought his dad would think it was cool; little did he know that this conversation would initiate the adventure of a lifetime.

After looking at the list of 29 North American big game, the father-son duo determined they could cross off some of the animals at home on their 270-acre ranch in Luther, Oklahoma. In the beginning, they never expected to complete the goal, but wanted to see how far they could get. Their pursuit quickly became a passion for the pair and a prime opportunity to bond over a shared love. 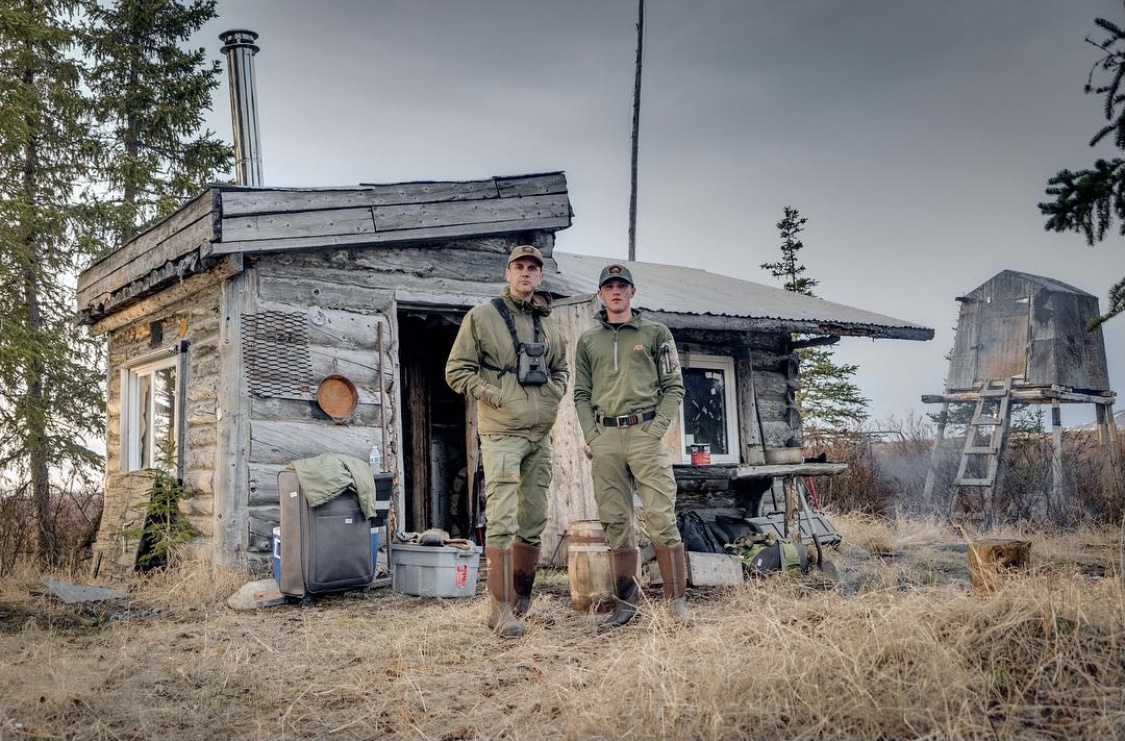 “The outdoors was my deepest passion and hunting quickly became that as well,” said Tapp, a Spears Business sophomore studying business management. “While a lot of kids would watch football or play video games, I was watching hunting shows.”

Little did Tapp know one day he would star in a hunting show of his own. At just 11 years old he became the host of YoungWild, a hunting show featured on the Outdoor Channel and the Sportsman Channel. YoungWild followed his adventure of becoming the youngest to complete the Super Slam and one of only a few to do so with a bow.

Just a few years prior to beginning his goal, Tapp’s parents decided to homeschool him to help overcome some learning disabilities.

“The greatest thing that ever happened to us was for someone to sit us down and say, ‘Hey, your son has a little bit of a learning disability and he doesn’t learn like other people,’” said Jim Tapp, Lincoln’s dad. “It put into motion something that we didn’t even understand at the time. I hope people can be inspired by the fact that what one day seems like a huge problem can turn into one of the greatest blessings on earth.”

“I didn’t have any friends,” Tapp said. “I lacked a lot of self-confidence. I was really hurting myself and I think if I’d stayed in that place and hadn’t found something worth chasing like this goal, I don’t know where I’d be right now. Honestly, I think it has made me into the person I am today.”

This goal took him out of his comfort zone. He has traveled to the farthest northern point of the continent in Cambridge Bay, Nunavut, Canada, far above the Arctic Circle, as well as many other locations in Canada and to more than 10 states in the U.S. to the Gulf of Mexico in Isla del Carmen.

Averaging three to four animals a year from the Super Slam list, Tapp had successfully harvested 28 of the 29 North American big game animals by the time he reached 18. He only had one animal left to complete his goal, a polar bear, but hunting this apex predator would be more difficult than Tapp could imagine.

Closely attached to the global warming agenda, polar bears are a controversial animal. Although we have been taught polar bears are going extinct, that is not the case. According to the Government of Canada, which is home to two-thirds of the global polar bear population, polar bears do not meet the trade or biological criteria to be listed as a Convention on International Trade in Endangered Species Appendix I listing, meaning the species is not threatened with extinction.

Conservation is the most important aspect to convey when talking about hunting, especially with people who are not hunters, Tapp said. 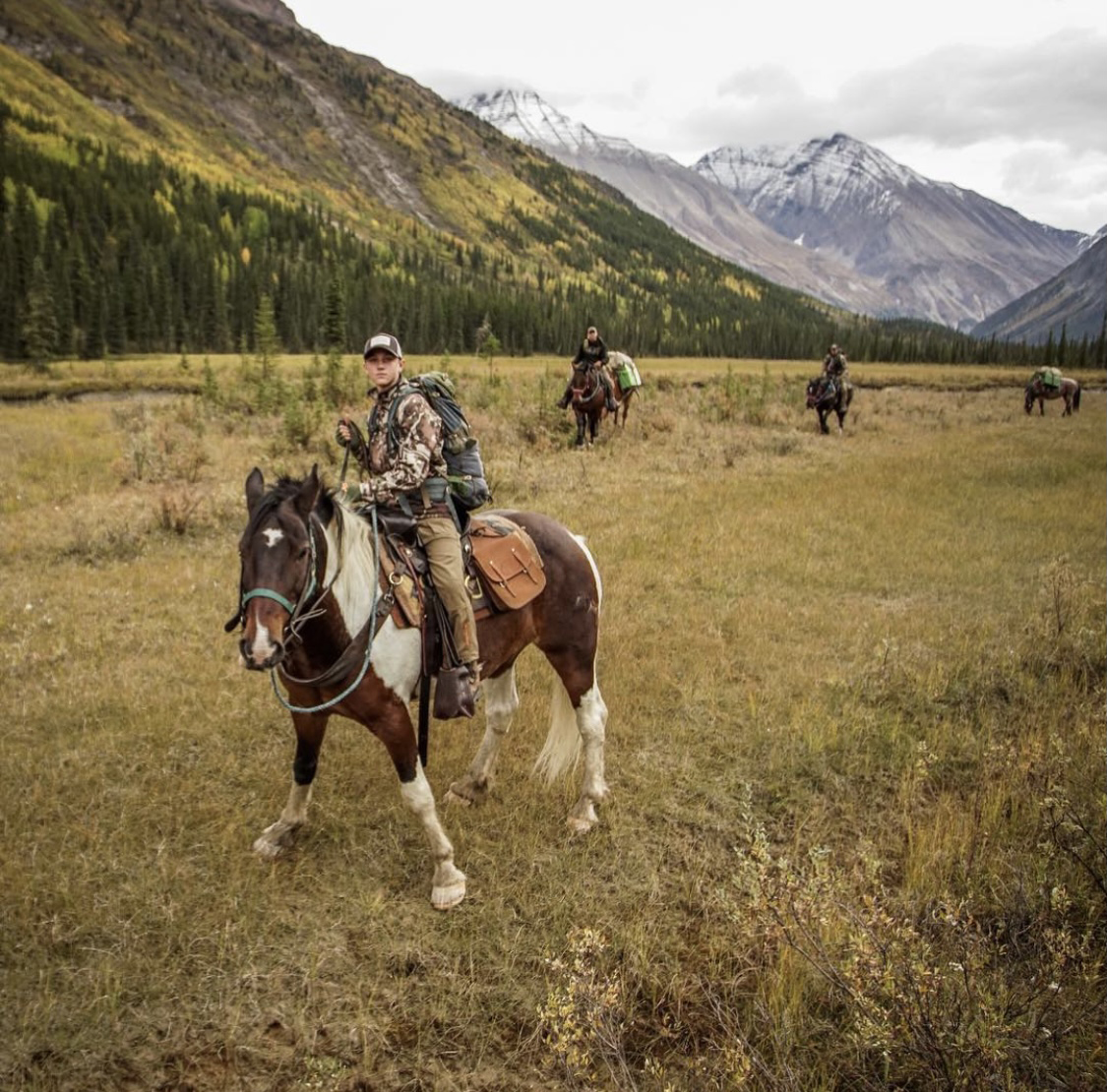 “It’s unfortunate that we don’t get to speak about it in that light as much,” Tapp said. “But it really is taking one old, out of its prime, probably on its last year of life, animal to save the rest of them and it works. There are so many places in the world where you can see it work and it even works with polar bears. People don’t think that could be the case, but more polar bears get taken every year than people realize, a lot of them by the Inuits, but it’s all sound. It's all monitored by the biologists and it’s the way that the natives have done it for hundreds of thousands of years.”

Canada is one of the only places in North America to hunt polar bear and after their borders were closed due to the COVID-19 pandemic this put Tapp’s goal on pause, a goal he’d been working toward for eight years. After waiting a year and a half, he finally got the call he had been waiting for — the Canadian border is open and your scheduled to hunt in a month.

Then the coronavirus almost halted things again when a week after getting his first vaccination, he contracted the virus. Although his symptoms were severe, he made a full recovery just before he was scheduled to leave for the unforgiving climate of northern Canada.

Upon arriving in Canada the conditions were not ideal as the territory had experienced record amounts of rain causing high rivers and limiting the places on the island available to hunt. After four days without a single polar bear sighting, Tapp began to question whether his self-inflicted, two-week deadline would be enough time to accomplish this feat.

The following day turned into a day he would never forget. With his father by his side, Tapp took down one of the most powerful predators in the world, checking off the last animal on his list. Ultimately accomplishing his lifetime goal and earning the title of the youngest to complete the archery North American Super Slam at the age of 20.

“It’s something I’m very proud of and it was a real hunt,” Tapp said. “It was the animal that pushed me to the end of my wits and I had to really dig deep as a hunter and really use all the skills that I’ve learned over the rest of the 28 to be able to take that animal.”

After completing a 10-year, remarkable quest which all began with a Saturday morning television show and a conversation with his dad around the kitchen table, many people ask Tapp what he plans to do next. 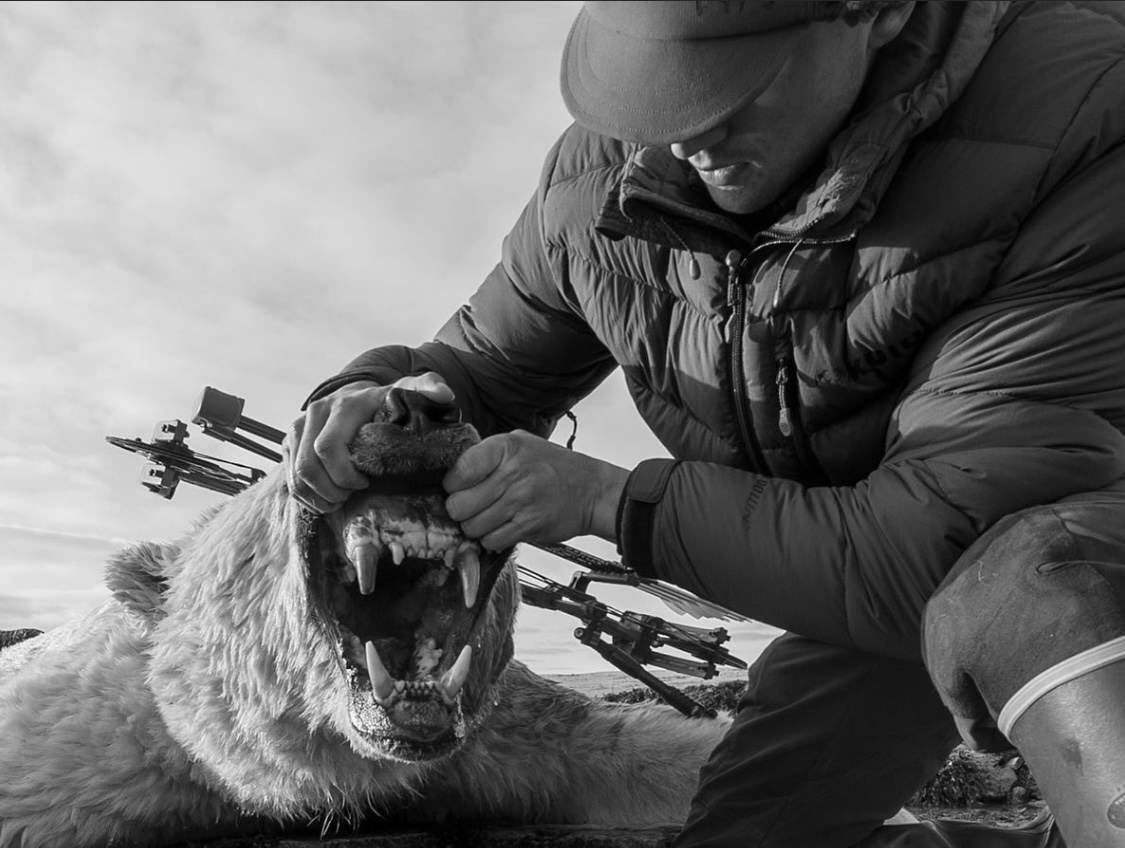 “There’s a lot that I can still do,” Tapp said. “That’s what excites me about it. That’s also kind of my motivation to do what my dad did. Hopefully, if I do well with it, I can end up in a financial position where I can do more of these hunts. And that’s my goal.”

His next target includes earning his degree from the OSU Spears School of Business and completing the Capra World Slam and the Ovis World Slam. Eventually following in his father’s footsteps and entering the commercial real estate industry.

“I’ll grow into something very similar, if not the same as what my dad does in commercial real estate,” Tapp said. “I want to work with people and I’m passionate about making deals and selling land, I love the land and properties aspect of it.”

Applying the same ambition and focus as he did with the Super Slam, Tapp is certain to achieve success in the years to come.

“To be able to consistently produce results over the course of 29 different targets, that’s what it takes, it takes consistency,” Tapp said. “And it takes skill to be able to do that, the guys who have completed the Super Slam are real hunters and I’d say the most special thing for me, now having completed it, is being able to consider myself one of them.”

Department of ManagementSpears School of Business
Back To Top
Back To Top
SVG directory not found.
©