Each member of the Flight Team competed in events designed to test their knowledge in areas such as computer accuracy, navigation and landing methods, vying to qualify for the national competition. Flying Aggies pilots ranked highly in numerous individual competitions. As a team, the Flying Aggies took second and third place in ground and flight events, respectively. 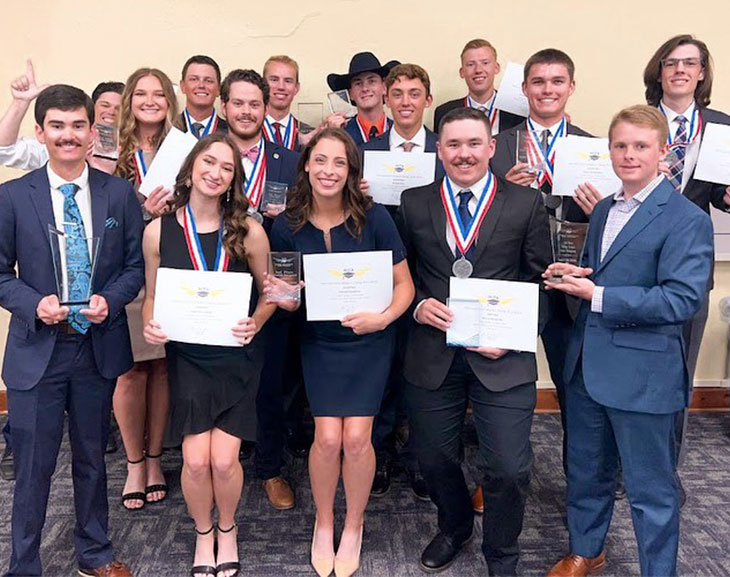 “Being on the Flight Team requires a considerable amount of perseverance and integrity to achieve excellence, not only at the individual level but as a team as well,” OSU Flight Team coach Branden Adams said. “Our team consistently earned individual top-10 finishes, aiding in our march toward finishing in a top placement overall.

“I could not be more proud of the work each Flight Team member put into their craft this semester. Captain A.J. Sills and Co-Captain Evan Robinson played a crucial role in preparing and supporting the team throughout the semester, and for that I am appreciative.”

"Coach Adams did a stellar job preparing for competition. I am very pleased with his effort in coaching the Flight Team and with the job the Flight Team did to place in the top two,” Loffi said.

The Oklahoma State University Flight Team will compete at the NIFA National SAFECON Competition in Oshkosh, Wisconsin, which is scheduled for May 8-13, 2023.

College of Education and Human SciencesEducational Foundations Leadership and AviationOSU Flying Aggies
Back To Top
Back To Top
SVG directory not found.
©