The world’s tallest cowboy, Big Tex, greets you as you enter; neon lights flood the big Texas sky; the smell of fried food fills the crisp October air as people’s screams and laughter echo in the background.

It can be only one thing — the great State Fair of Texas.

“Everything’s bigger in Texas,” which couldn’t be more true than when referencing the longest-running, largest state fair in the U.S. It is a 24-day event that attracts more than 2.5 million attendees each year.

For fairgoers, this event means fried foods, livestock shows, Big Tex and carnival rides. For Josey Mayes, a Dallas native and recent marketing and entrepreneurship graduate of Spears Business, the fair means a longstanding tradition of hard work to earn the family’s livelihood for the year. 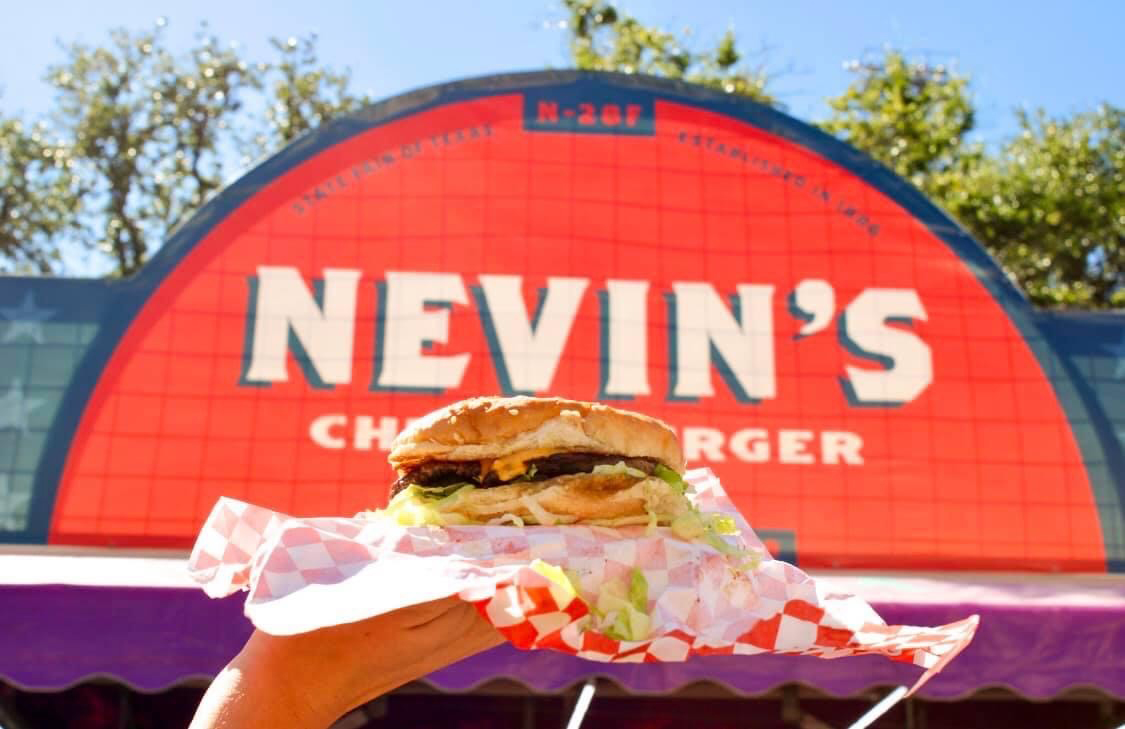 Mayes has been working at her family business since she was old enough to hold a rag and each year has progressed to earn more responsibility, eventually being referred to as assistant manager by her late grandfather, Gary Nevins.

“I was out there wiping down tables, sweeping, doing whatever I could do,” Mayes said. “That’s how our family is. My mom did the same thing, my kids will do the same thing. It really instilled a lot of values and work ethic that I would never have without it.”

Mayes’ plan has always been to buy into her family business with her mom and continue the legacy her great-grandfather started in 1949.

Mayes’ mom, Tami Jo Nevins-Mayes, told her from a young age, “I want a partner who is smarter than I am, so you have to go to school.”

“Obviously, there isn’t a degree in being a carny or flipping burgers,” Mayes said. “So, I figured I would major in marketing and entrepreneurship because, as successful as the business is and as long as it’s been around, there is always room to grow.”

In 2015, producers from A&E Network approached Gary Nevins with the idea of a television show about some of the generational and famous vendors at the State Fair of Texas.

Unfortunately, the show didn’t come to fruition in his lifetime, but producers contacted the Mayes women in 2021 and were ready to start filming the show, Deep Fried Dynasty, which premiered March 8, 2022.

“Viewers of the show can look forward to seeing a deep dive into what we do, how we create our products and how we make it all work,” Mayes said. “We have 24 days to make our living and things are intense. I don't think people know or appreciate that. They think we just go out there the day the fair starts, flip burgers and go home rich. That is not what happens at all.”

While filming the show last October, Mayes was driving 10 hours a week from Stillwater to Dallas to fulfill her duties in the family business, shoot content for the show and juggle her schoolwork as a full-time student.

“I had kind of a love-hate relationship with filming,” Mayes said. “Obviously, I love the environment. I love the opportunity. I love the people we were working with. I liked being able to put on a show, but they did make our days very long. We’re already out there for 12 hours a day. So, they’re long days already and they made it a little bit longer, but it was fun. Honestly, it was exhausting. It’s a lot of pressure and I was grateful when the fair was over this year and I’ll be ready next year when I can just focus on it full time.” 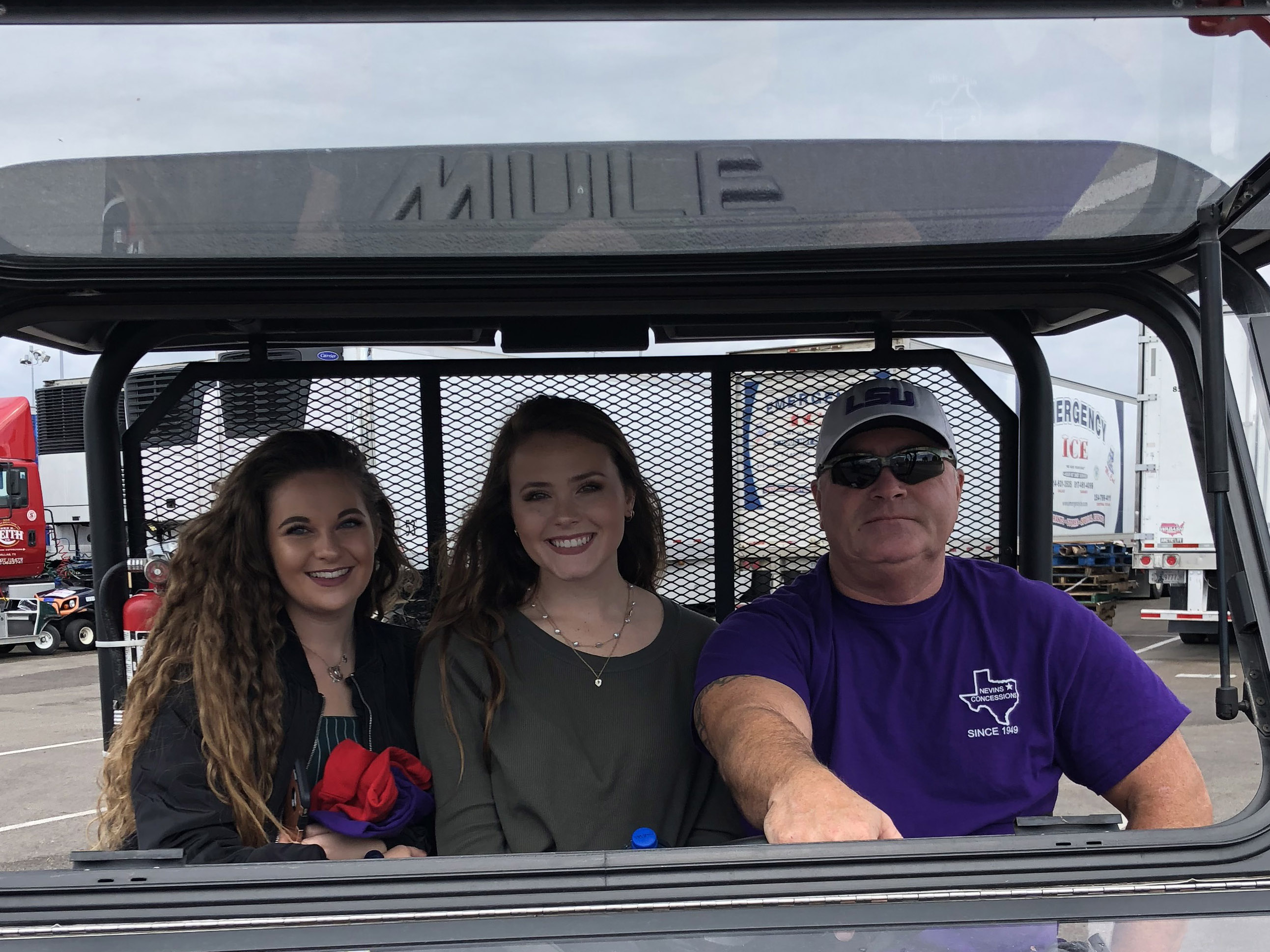 This year, Nevins Concession’s goal was to make $1 million, which equates to $45,000 per day, to be profitable.

Throughout the series, you can watch the Mayes women work to meet their hefty goal while managing their 150 employees, fixing broken equipment, serving customers, cooking and keeping all 10 booths fully stocked and operating. Because when you have 24 days to make your living for the year, time is money.

“I am happy to say, we actually grossed about $1.5 million last year,” Mayes said. “It’s the best fair we have ever had and we are super excited for the future. Next year, I’ll shoot for $1.6 million.”

Mayes’ entrepreneurial spirit goes beyond Nevins Concessions. In the midst of a pandemic, she started an online clothing boutique for young women and their mothers called Jo Rag Boutique. After graduating in May, she has been working to find a brick-and-mortar location for her store and continues to enhance the family’s concession business.

“I think with my degree, I want to get some of our products in grocery stores,” Mayes said. “Not only that, but I would like to make Nevins a household name. I have a lot of plans for Nevins Concessions, and I think my degrees will help me with that, definitely.”

BusinessEngage@SpearsMagazineSchool of EntrepreneurshipSchool of Marketing and International BusinessSpears School of Business
Back To Top
Back To Top
SVG directory not found.
©