Camille Carey was told she shouldn’t go to college. 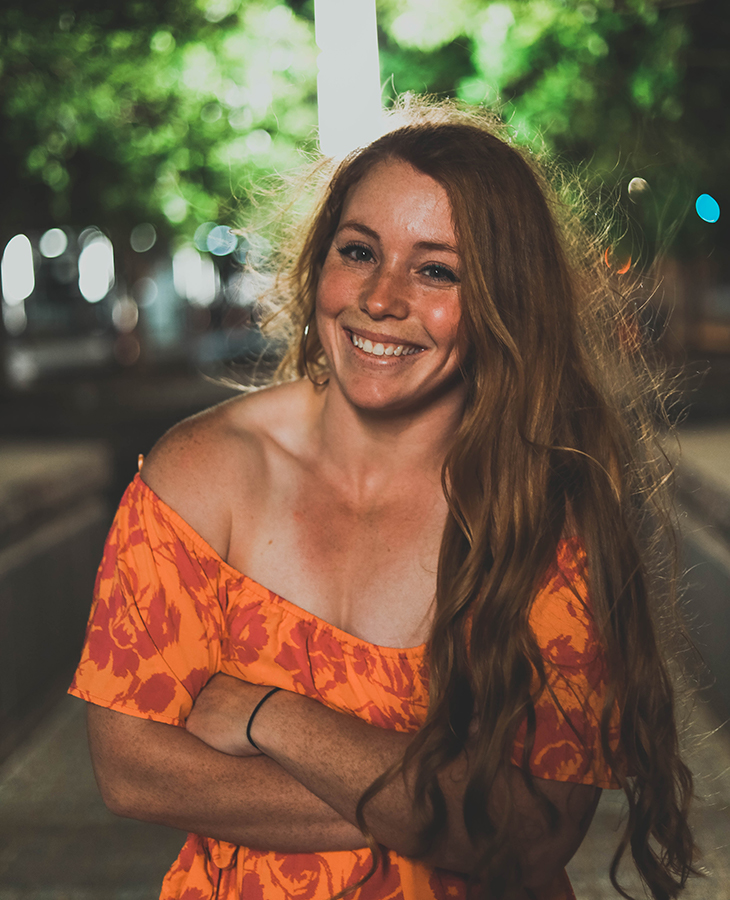 Not that she couldn’t, but she shouldn’t.

She was struggling to pass her high school exit exams because she couldn’t read them. She couldn’t write on them, either.

Despite her severe dyslexia and dysgraphia, Carey eventually did pass those tests. She decided to go to college anyway, and Friday, she will earn a master’s degree in entomology and plant pathology from Oklahoma State University.

The Weatherford, Texas, native has known about her disabilities from an early age. Her mother, Barbara, realized Camille was having trouble in preschool, with the diagnosis becoming official in first grade.

“It is all I have ever known so I don’t know anything different, but it definitely does take some time,” Carey said.

She has had a drive to always do well in school despite her disabilities, but Carey said none of it would have been possible without the advances in technology in recent years.

Carey uses screen readers such as JAWS and dictation software like Dragon Speech when writing her papers. Voice-to-text has become a major part of her life, and she can’t go anywhere without GPS because most road signs are illegible to her.

“I have to know exactly where I’m going, so there is no real spontaneous driving with me, it is point A to point B,” Carey said. “In restaurants, I have to normally have whoever is with me to read me the restaurant menu, or I am going to be there for a very long time trying to read it.”

Without technology, Carey has to break down a sentence word by word.

When writing, she has to use technology because her penmanship is completely illegible. Carey described it as almost like writing in ancient hieroglyphics.

Her advisor at OSU, Dr. Wyatt Hoback, said he first noticed her handwriting in his initial meeting with Carey when she was deciding whether to go to graduate school in Stillwater.

“I realized she was taking notes and I glanced down at those notes, and they were just lines and squiggles. I couldn't figure it out,” said Hoback, an associate professor in the Ferguson College of Agriculture.

Although her disabilities are a daily hindrance, Carey has persevered. While earning her bachelor’s degree at Tarleton State University in Stephenville, Texas, she became interested in entomology and the study of insects’ impact on plants.

After her Tarleton State graduation, Carey began to work at the Noble Research Institute in Ardmore, Oklahoma, where she developed a passion for agriculture.

“They were the ones who got me into extension and really trying to create good, meaningful research that could help producers and landowners,” Carey said.

One day, she and some other students visited Stillwater from Ardmore to explore graduate school opportunities. She met Hoback and he saw how bright she was and how high her GPA from Tarleton was, so he decided to take a chance on her.

“I was a little bit apprehensive, but she had such enthusiasm and drive, and we took her on,” Hoback said. “I am really glad about that decision because she is amazing.”

Carey’s graduate projects at OSU involved working with the Agricultural Research Service Lab of the U.S. Department of Agriculture in Stillwater, where she was co-advised by Dr. Scott Armstrong. She primarily worked on sorghum research, a hardy grain that is drought-resistant and used mostly for cattle forage.

Sorghum had been under attack over most of the past decade as aphids — pests that can drain a plant’s nutrients — had undergone a genetic switch that allowed them to start colonizing sorghum plants.

Because sorghum is a cheaper plant, chemical application was too expensive. However, since aphids were destroying sorghum, the USDA needed research on how to make the plant less desirable to these pests.

“A lot of pests eat those plants so basically we are trying to create resistant plants that cows, horses and livestock can eat but the insects don't like,” Carey said.

Her work also included seeing if sorghum could grow under artificial lighting, as well as studying aphid reproduction, which involved at one point her having to go count aphids every single morning for 35 straight days.

“She is always enthusiastic and accomplished probably 2½ to 3 master’s projects by herself in the period of two years despite COVID because she was so engaged and willing to put in the time and effort to figure things out,” Hoback said.

“She is just awesome and so caring that she helps students learn without making them feel like they have an inadequate knowledge of entomology,” Hoback said.

Carey said none of this would have been possible without the help of OSU’s accessibility department, ensuring she had everything she needed to succeed.

“Y’all are so lucky here with the accessibility department,” Carey said. “I was nervous that they weren’t really going to understand because there are not many people in graduate school who have to use screen readers all the time.

Technology has had its drawbacks, though. In a field that has so many scientific names, she has had to work with her professors to teach her screen readers how to say each word. Because she has to dictate her papers, Carey has to be alone lest the program pick up someone else’s voice.

“It might take someone else maybe a week on a publication, and it is probably going to take me a month,” Carey said. “It takes me a very, very long time because I have to make sure everything is right. You are talking to the computer and listening to the computer back again. It is a constant little battle.”

She kept at it, though, and she will get to continue her education past her master’s as well. Carey has been accepted into the doctorate program at Texas A&M, where she will continue working on her dream of being an extension agent someday.

Carey said her mom cried seeing what she has done. Camille is not the only one in her family with these disabilities —one of her sisters has dyslexia and her father has dysgraphia.

“There have been times where I cried and wanted to quit because it has been so hard,” Carey said. “Mom has definitely been my biggest supporter and always been there.”

Hoback said seeing what she has done shows that earning an advanced degree in science is possible with a reading and writing disability. Carey just wants to show that no matter what anyone says you should or shouldn’t do, don’t ever give up.

“Kids who are just like me, technology is amazing, but you have to want it,” she said. “It is going to be really hard, but you got to want it and work for it, and it is so rewarding.”

AccessibilityDysgraphiaDyslexiaFerguson College of AgricultureUSDAentomology and plant pathology
Back To Top
Back To Top
SVG directory not found.
©