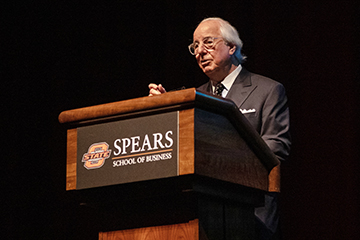 Those attending the Spears School of Business Tulsa Business Forums and Executive Management Briefings in Oklahoma City were treated to the unbelievable stories of Frank Abagnale’s criminal antics and the unbelievable cost of cybercrime and identity theft in his talks. The best-selling author and subject of the movie “Catch Me if You Can” recounted his rise and undoing in crime, all before age 22, as well as the “staggering” cost of white-collar crime. 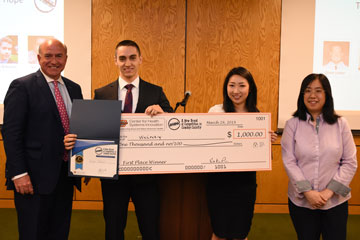 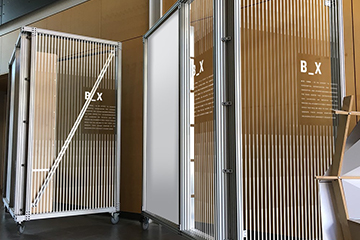 In an effort to promote experiential opportunities for learning, innovation and student-business-ownership, the Schools of Architecture and Entrepreneurship at Oklahoma State University, in collaboration with the Riata Center for Entrepreneurship, have launched a mobile retail store that will provide student entrepreneurs an opportunity to test retail concepts on campus in the Student Union – The WhiteBox. 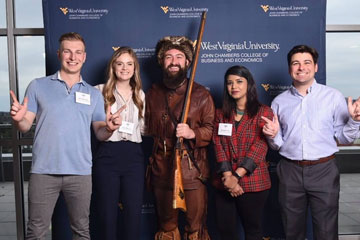 A group of Oklahoma State University master of business administration students recently traveled to the University of West Virginia to compete in the Big 12 Case Competition. 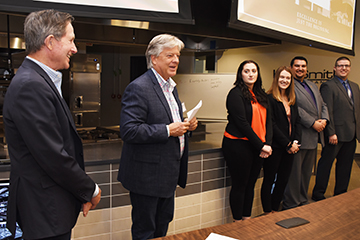 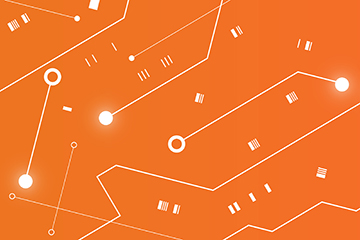 A conversation about career readiness and technology with Apple executives

Two Apple executives will visit the Spears School of Business on April 18 to meet with students, faculty and staff to discuss career readiness and technology. The presentations, sponsored by the Riata Center for Entrepreneurship and OrangeTech, include a breakfast for faculty and staff followed by an afternoon program for all OSU students and employees in the Spears Keystone Lounge. 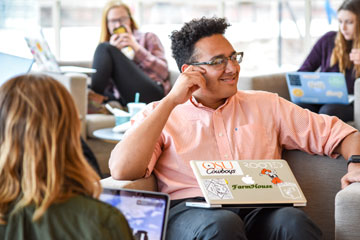 Oklahoma State University’s Spears School of Business remains among the top five percent of the world’s schools offering business degrees with the recent approval of its re-accreditation by the Association to Advance Collegiate Schools of Business (AACSB) International. 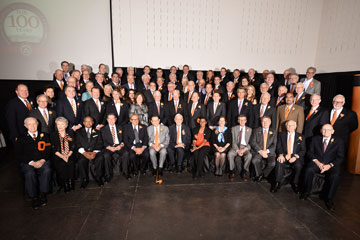 Dr. Richard “Dick” Poole, who spent 33 years as an Oklahoma State University faculty member and administrator, including serving as dean of the College of Business for seven years, died March 14, 2019, at the age of 91. 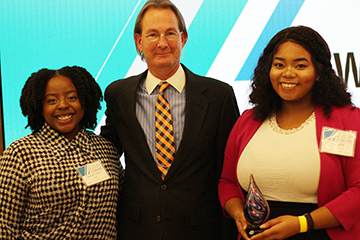 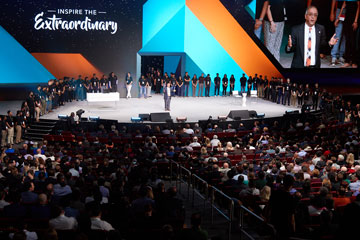 A group of business analytics graduate students will represent Oklahoma State University at SAS Global Forum 2019 April 28-May 1 in Dallas. The annual conference draws more than 5,000 SAS enthusiasts from around the world, attracting an audience of international users, executives and academics. 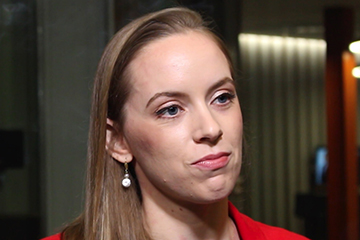 Faking emotions at work: the positive and negative side of workplace acting

In many jobs, employees are expected to act happy, or at least friendly, even when they just don’t feel like it. So, it’s not unusual that workers occasionally fake positive feelings, even when the results actually make them feel worse. But research by an Oklahoma State University professor has found that a person can actually feel better by doing the opposite, or faking negative emotions. 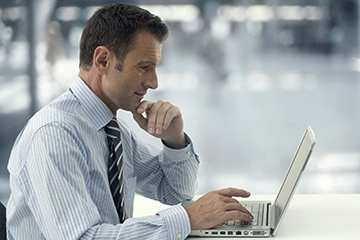 The Oklahoma State University School of Entrepreneurship is ranked fourth among nearly 500 programs from around the world for research productivity for the past five years. The ranking lists university entrepreneurship programs by their ability to successfully publish research in the discipline’s top journals. 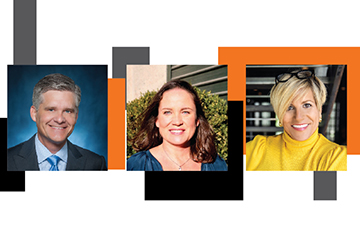 Successful business executives will be sharing their stories with Oklahoma State University students during the Spears School of Business’ CEO Day from 3:30-5 p.m. April 2 at the Student Union Theater. 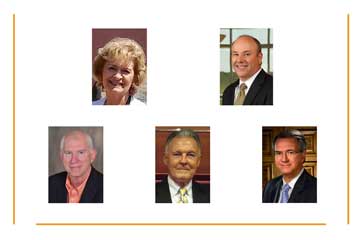 Oklahoma State University’s School of Accounting will honor five outstanding alumni and friends of the department during the 2019 Wilton T. Anderson Hall of Fame and Awards Banquet April 18 at the ConocoPhillips OSU Alumni Center. 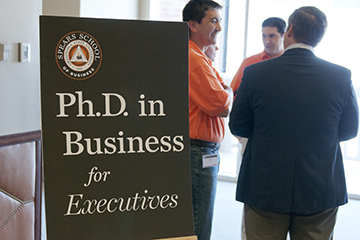 Even though he hadn’t been in the classroom as a student for years, Tom Totten recalled being nervous in 2012 walking into a room of company executives like himself at Oklahoma State University where he was about to begin Ph.D. coursework. “This was not your typical university classroom full of students,” Totten said. 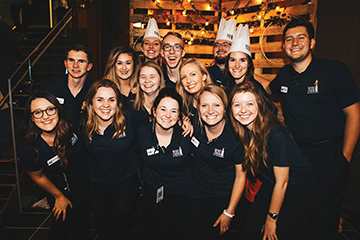 The Oklahoma State University School of Hospitality and Tourism Management (HTM) is set join the OSU Spears School of Business following the March 1 approval of the OSU/A&M Board of Regents. Previously a part of the College of Human Sciences, the school’s students, faculty and staff will be integrated into the business school where the program is expected to create more synergy for collaborative educational efforts between HTM and business degree programs. The move takes effect July 1. 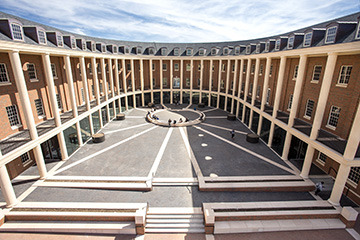 Oklahoma State University is consistently recognized as having one of the nation’s best business schools, and that was confirmed again Tuesday in the prestigious 2020 Best Business Schools rankings. Among the nearly 500 U.S. schools with MBA programs, OSU moves up to No. 73. 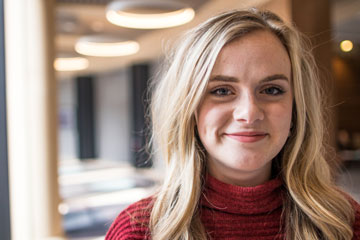 OSU graduate student Jayci Robison is a force to be reckoned with in the classroom and on the basketball court, but it wasn’t long ago that she woke up surrounded by concerned teammates and coaches after passing out at her championship basketball game. This was the beginning of a journey she is still navigating today. 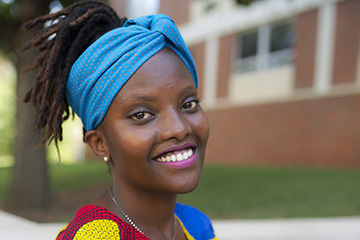 For the third year Oklahoma State University will host young entrepreneurs from across Africa for the Mandela Washington Fellowship Institute for Young African Leaders. Hosted by the Spears School of Business and the College of Agricultural Sciences & Natural Resources (CASNR), 25 Mandela Washington Fellows will spend six weeks this summer at OSU attending classes and leadership programs and interacting with Oklahoma entrepreneurs for practical know-how about how U.S. businesses work. 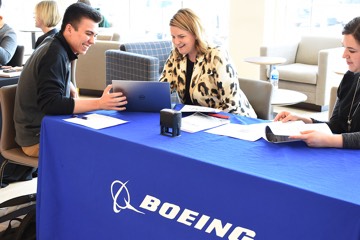 The Boeing Company has hired six Oklahoma State University business students as summer interns who will work in facilities in Oklahoma City and Washington state. The number of business interns hired and Boeing’s continued interest in recruiting OSU students to work for the company are signs of strong education programs at the Spears School of Business and a close relationship between the company and the Eastin Center for Career Readiness. 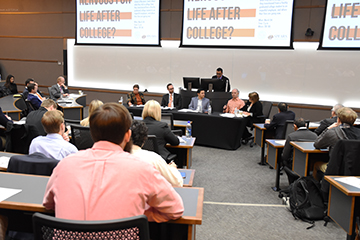 A large number of Oklahoma State University students filled a Spears School of Business auditorium March 1 to hear some of the most important advice of their young lives – how to find a job. In the first Finance and Accounting Career Day, several company executives, many OSU alumni, were on hand to talk jobs with students eager for guidance. 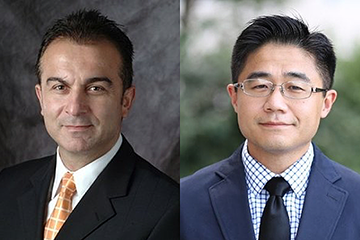 Mentoring the next generation of biomedical data science researchers

Oklahoma State University data science researcher Dr. Dursun Delen has been selected to mentor a biomedical scientist and physician in using artificial intelligence to model data to improve the efficiency of hospital emergency rooms. Delen, Regents Professor in Management Science and Information Systems in the Spears School of Business, was chosen from a nationwide field of data research experts to participate in the Data Science Rotation for Advancing Discovery Trip (RoAD-Trip), a National Institutes of Health (NIH) program. 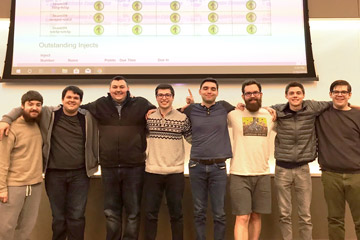 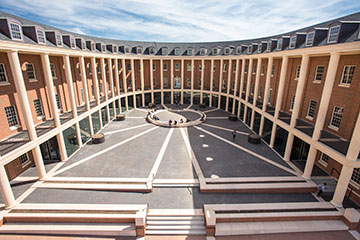 Those who know Matt Bowler best would describe him as driven, and those who hardly know him at all would describe him as energetic and passionate. These are the characteristics Bowler is applying to his new role as the interim director of Oklahoma State University’s Master of Business Administration program.